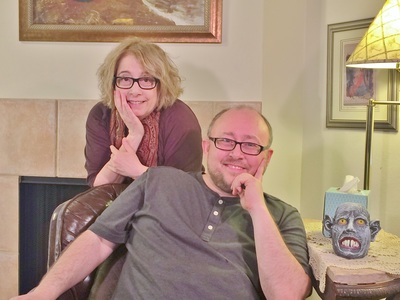 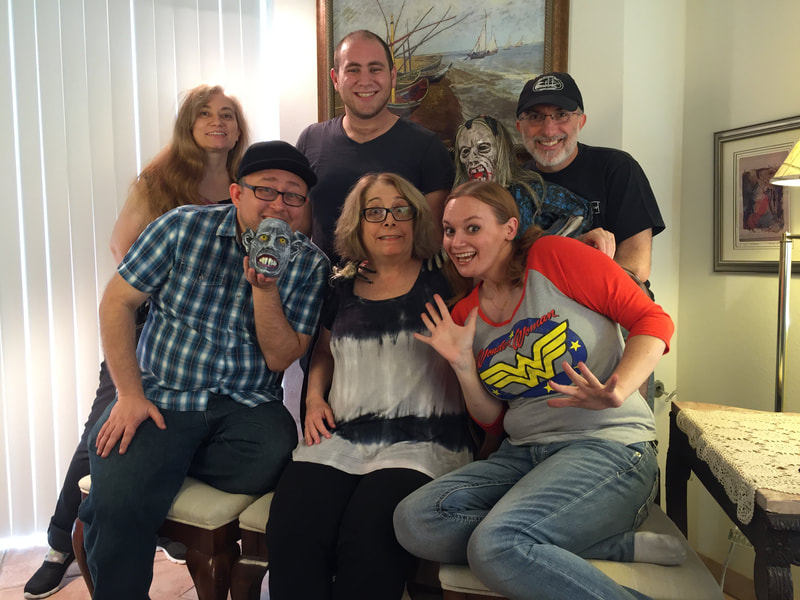 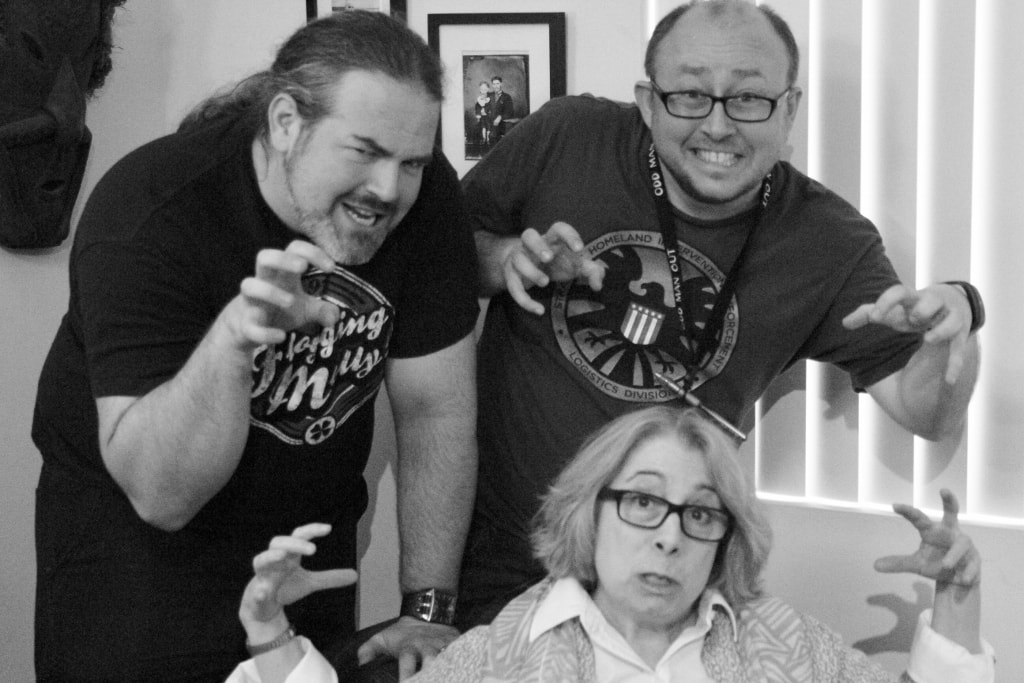 Val and J.T. (John) met in grad school while attending the UC Riverside MFA program for Creative Writing/Writing for the Performing Arts. Val was focused on playwriting and screenwriting while J.T. was focused on screenwriting and memoir. Val also dabbled in memoir. Hey, troubled childhoods need to be exorcised, and therapy isn't always enough…

To be more precise, they met in the hallway of a building while waiting to take a class on memoir. Val was sitting on the floor in a hallway or maybe John was sitting, but for sure one of them sat down next to the other and Val remembers saying something snide to John who seemed to agree completely. That (Val clearly remembers) was the beginning.

It was only natural that they’d talk story during these formative years. So, one day when Val was about to graduate and John had already graduated, she reached out. “I have this idea for a horror-comedy chick flick about a grad student or a clerk who’s a girl, but also comes from a long line of cat people "just like in that movie." John, having no better ideas at the moment, said something insightful like, “hmmm.”

And that’s how they started. Hey, they’re both geeks of the highest caliber.

Wanting to do a web series, they tossed around tons of ideas, mostly about monsters, supernatural creatures and inanimate objects - complicated stories that needed three or five acts. Their eureka moment hit when Val said to J.T.,  “What kind of monster wouldn’t be neurotic? I mean, Monsters have problems too.”They laughed. Chills ran down their spines. They wrote their asses off, recruiting friends to help, all the while promising free lunches and fun!

These days, John has moved on to endeavors outside of monsters and show business, but Val and fellow Monster Shrink writer Rob Rinow have continued on. They have written several TV pilot scripts. One of them is a 1/2 hour comedy pilot script inspired by, but different than, Monster Shrink. It's called Withering Vines and they'd love show biz peeps to read it along with other pieces, so feel free to contact them at monstershrink@gmail.com or connect with Val through ISA Connect and if it's really important call Preferred Artists in L.A.

In the meantime, you can watch all webisodes on the Monster Shrink YouTube Channel.  Thank you for watching and having fun with us. The word love might even come into play somewhere in there. 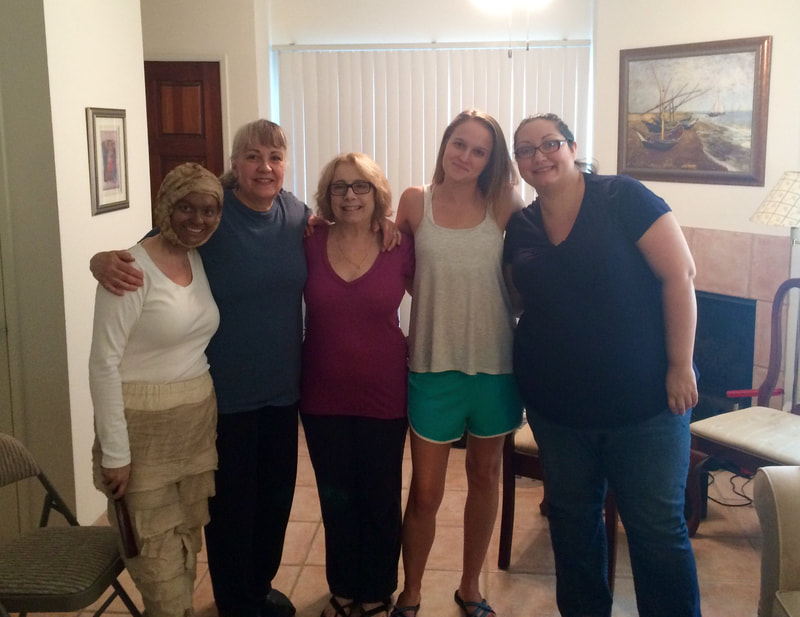 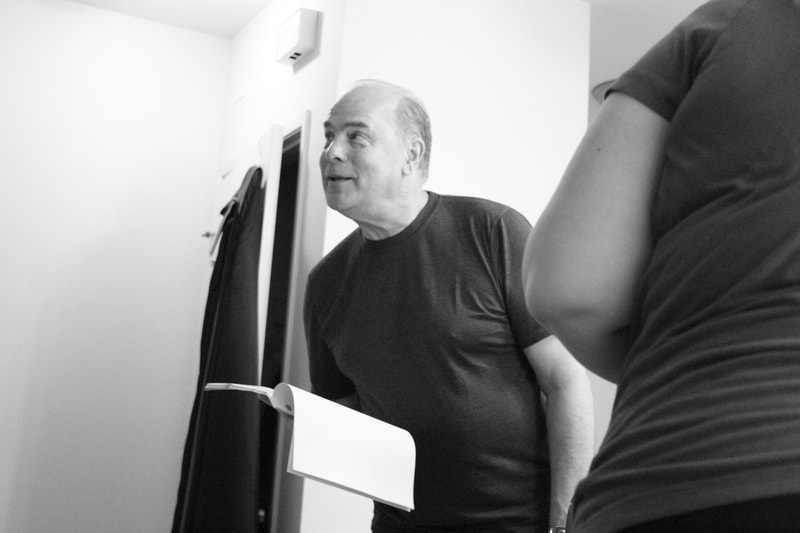 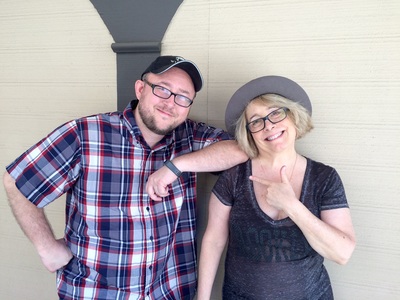