Meet the Cast and Creatives

Val Stulman (Withering Vines Writer. Fireside Vlog/Season 1 co-creator, executive producer, writer, casting, actor, blogger, social media manager, audio): When she was a little girl growing up in N.Y., her father used to affectionately call her Sarah Heartburn. Thus began her life in show biz. After performing in L.A. Theatre, commercials and print ads, Val went on to a career in TV Production and started writing. She trained as an actor with Austin Pendleton at HB in New York, at an Honors/Tutorial with RADA instuctors in London, and in L.A. with Roy London, Ivana Chubbuck and Ken Lerner. She studied writing at the Beverly Hills Playhouse Writers Workshop and eventually earned an MFA from the University of California, Riverside. Along the way, she taught English and Drama to at-risk high school kids and at colleges. She is an award winning playwright and screenwriter. Her play, Mercy Mission was a 2017 Humanitas New Voices Finalist. Her hour drama TV pilot, Regenesis, was a 2018 Sundance TV Episodic second rounder. She currently writes with Rob Rinow. As a bonafide theatre and sci-fi geek, Val loves Star Wars, Star Trek and Shakespeare in equal measure... for measure.
Twitter: @valstulman
Instagram: monstershrink
​                             IMDB 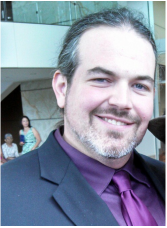 Rob Rinow (Withering Vines Writer. Fireside Vlog & Season 1 writer, story editor, blogger): Rob graduated with his MFA in Screenwriting and Playwriting from the University of California, Riverside where he met Val. Since graduating, he had one of his plays, Detention of the Dead, turned into a film of the same name starring Glee actor Max Adler and Young and Hungry star Jayson Blair. He also wrote the screenplay for The Cell 2 and has another in development. Before grad school, Rob spent a couple of years in Chicago doing Theatre and Improv. While in Chi-town, he studied at Second City and IO and before that, he earned a B.A. in Theatre and a B.S. in Telecommunications from the University of Florida. Rob is a geek of the highest caliber and excited to be a part of all projects monster. Along with his latest horror film, he currently writes with Val Stulman. 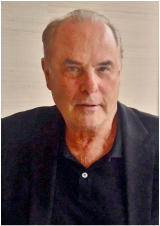 Roger S. Christiansen (Fireside Vlog executive producer/Season 1 director, co-executive producer): A director with extensive experience in multi-camera and single camera sitcom productions. Roger’s affable manner and knack for working and communicating with actors of all ages has garnered him the distinction of directing on many successful series (e.g. Friends and Hannah Montana). He has established a stellar reputation as a leading Tween Comedy Director with his most recent credits being, Haunted Hathaways, Dog With A Blog, Instant Mom, Shake It Up, Austin & Ally, How To Rock. Roger’s ability to attend to the demand for tight production/shooting schedules have provided him the opportunity to also direct network sitcom television episodes of Friends, Suddenly Susan, Girlfriends and For Your Love. With his creative vision for realizing the original ideas of producers and writers, Roger has garnered an Emmy Award for his contribution on Friends and an Outstanding Director nomination from BET for Girlfriends. And now he’s playing with monsters on the internet. 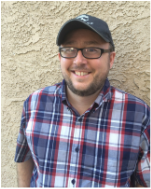 J.T. (John) Shannon (Fireside Vlog/Season 1 co-creator, executive producer, writer, editor, graphic design, blogger): J.T. has read scripts for Dan Paulson Productions, worked as an office manager for Piller/Segan and spent two years as a writer’s assistant on the ABC family drama Wildfire and Persons Unknown on NBC. He completed his B.A. in Creative Writing and M.F.A. in Screenwriting at the University of California, Riverside. He is also a website designer, graphic artist and dabbles in VFX and recently published a book of poetry called Ghosts of Menace Street. 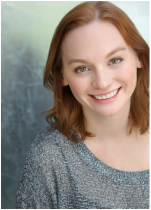 Sarah Allyn Bauer (Fireside Vlog/Season 1 actor, producer, Vlog co-executive producer, social media manager, blogger): Sarah is an actor, producer of theatre and new media and an amateur chef. TV credits include Showtime’s smash hit Masters of Sex and TNT’s Murder In The First. Like any actor, she’s done a slew of short films that no one but her friends have seen. She loves theatre and she has appeared in multiple shows here in Los Angeles that again, only her friends have seen. Acting reps are So Cal Talent and manager, Chris Roe. 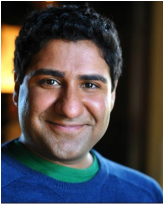 Parvesh Cheena (Season 1 actor): A native of Naperville, Illinois, and a musical theater graduate from the Chicago College of Performing Arts at Roosevelt University in Downtown Chicago, Parvesh is best known for playing Gupta on NBC's sitcom Outsourced. He is also the voice of the Transformer Blades in The Hub Network's Transformers: Rescue Bots airing Saturday mornings. Parvesh can be seen in the newest season of Arrested Development. His previous work includes NBC’s A to Z, Crazy Ex-Girlfriend, The Goldbergs and much more. 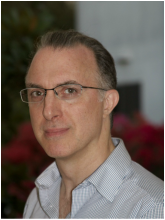 Akiva Potok (Fireside Vlog DP, camera, writer, supervising producer. Season 1 co-producer, camera, editor): Bon-vivant, editor, producer, achiever, cinematographer, screenwriter, director, Akiva received his MFA from the USC School of Cinematic Arts and is proud to have been part of creative teams that have produced award winning feature and short form narratives.  His work has screened in film festivals internationally and has won garlands from Best Feature (Victoriana, Cinequest and Brooklyn Film Festivals) to an Academy Award (The Long Way Home, best feature documentary), as well as sales and television broadcast (Maggie Moore, IFC).  He is also the producer of commercials and product promotion. When not on set, he can be found among LA's literati competitively writing his screenplays at the local Beverly Hills brasserie. 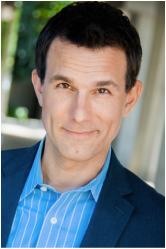 Jeff Witzke (Season 1/Fireside Vlog actor): Jeff is thrilled to be a part of this frightening project! Recent television appearances:  The Goldbergs, Rizzoli & Isles.  Films – Up In The Air, Vampires Suck, and Thank You For Smoking.  Stage:  The Why, The Normal Heart, Private Lives, There Sex After Marriage?  When not working or writing, he loves to coach and teach at John Rosenfeld Studios. It must be noted that he does not judge - just points and laughs -- encouragingly, lovingly, nurturingly. 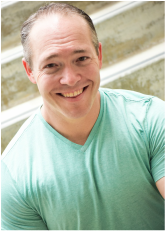 Aaron Pressburg (Fireside Vlog/Season 1 actor, blogger): You can find him on the internet as Wingman in The Adventures of Wingman, and recently in Down With David. You can see him running for his life in the cult hit Birdemic 2. He is a big movie and comic book nerd and has an equally huge mancrush on both Hugh Jackman and Chris Pratt. 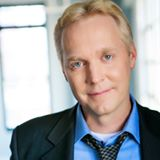 Jeremy Scott Johnson (Fireside Vlog writer, actor): Jeremy is an actor and writer. He's had recurring regular roles on Community and Modern Family and has also worked as a stand up comedian. a public relations guy and a teacher. Oddly, all these jobs have prepared him beautifully for working with the Monster world. 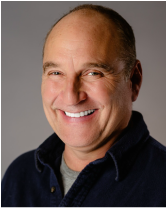 Chip Bolcik (Season 1/Fireside Vlog actor): Chip is most known for his voiceover work. His voice can be heard as a narrator on E! True Hollywood Stories and The History Channel Investigates among many others. Chip originated the roles of Barry Rosen in The Face In The Reeds and the Juke Box Repairman in Sneaky Ole Time at the Ruskin Group Theatre, and the role of Ted in Breaking Out Is Hard To Do at NYC’s Hudson Guild Theatre. Chip has played numerous roles in really nice theatres in NY and NJ, but we’re in Hollywood where those credits mean Jack Monkey, so he refuses to list them all. 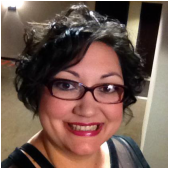 Sorelle Orson (Fireside Vlog/Season 1 make-up and hair, blogger): Sorelle grew up in the Central Valley of California and always had a love for doing hair and make-up. She attended Make-Up Designory (MUD) in Burbank, CA where she studied special effects make-up, basic beauty make-up for film and television and animatronics. She received a Masters degree in Make-Up. In her spare time she serves as a Mary Kay consultant. She and her husband are now passing on their passion for everything geeky to their two young daughters. 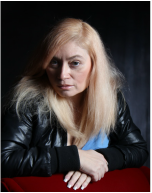 D. Pauline Williams (Fireside Vlog production associate, writer, blogger): Pauline is no stranger to scary things. She built her craft in the field of documentary film making and comedy after graduating from Valparaiso University with a degree in broadcast journalism. Lately, she's been spinning tales on the world wide web, working in the medium of music videos.  She lives in Van Nuys, California, with her two monster pets (Simba and Sassy) brewing up her next bewitching adventures. 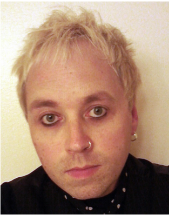 Steven Gullett (Fireside Vlog/Season 1 composer, theme song ): Steven Gullett is a writer of songs. He's been in a lot of bands you've probably never of heard of and still believes that Rock 'n' Roll can save your soul. When not selling that soul to make money he can be found making music for himself, WZMB Zombie Radio, and most recently Monster Shrink. He lives in Los Angeles with his pet wife and two ghosts. 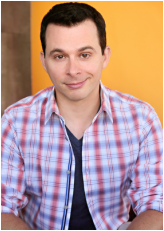 Matt Crabtree (Season 1 actor): Matt loves making faces and has been seen doing so in various appearances on TV shows including Modern Family, Bones, NCIS, Masters of Sex; in such Films as Jamesy Boy, Day 21 and Daddy; on stage including Santaland Diaries, Book of Liz, Joe’s Garage, Epic Proportions and West Side Story while doing some fun web shows including Failing Upwards the Series, The Consultants  and Mentor. I am not a monster. 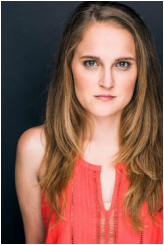 Melissa Harkness (Season 1 actor, set photographer): She is way more nerd than goth girl, but she felt completely and totally privileged to work with the brilliant and talented cast of Monster Shrink. She received her MFA from the University of California, Riverside in Screenwriting and Playwriting and her BFA in Theatre from the University of Memphis. And she loves taking photographs. 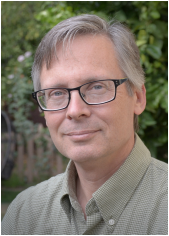 Michael Bulbenko (Season 1 DP, camera, production consultant): Michael never met a camera he didn’t like, and his wife has put up with that for over 20 years. Along the way to becoming a professional photographer and videographer, he earned a degree in physics and took a detour through law school before arriving in Los Angeles in 1984. Since then, Michael has worked with numerous corporate clients and advertisers, and was hired by Fujifilm in 1991 to become their own in-house staff photographer. Michael has also acted in features and television, and worked for a year on the writing staff of a soap opera. 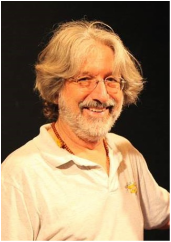 Jack Tossman (Season 1 sound): Jack has been working as a sound engineer for more than 30 years. What hasn't he done? He was a production sound mixer for network TV, mixing Roseanne, Jeopardy, Wheel of Fortune among many others. He was a DJ and sound engineer for various radio stations.  He also worked in post-production sound, most notably on the soundtrack for Sgt. Pepper's Lonely Hearts Club Band and the film, Grease. Various projects keep him busy year round and one of his personal passion projects is the new movie The Spirit of Flying that celebrates flying, all aspects of flying and the People who make it special! 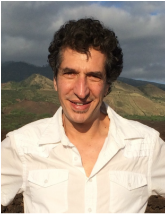 Frank Chindamo (Season 1 associate producer): Frank founded and runs Fun Little Movies, one of the world's top producers of comedic Advertainment which has landed on the front pages of Forbes Magazine, LA Times, Wall St. Journal, NY Times, CNN, USA Today. Campaigns/endorsements include Petco, Walmart, Best Buy. Most recently they produced the video series for Intel’s new Pocket Avatars app. They also make animated videos, such as promoting the video game CakeMania, where they created a back-story for the game’s main character. They've created content for the Planet Green TV channel to promote their channel and the pilot for the children’s indoor playground franchise Jump and Jacks! Frank created the courses and is Adjunct Professor of web video production classes at USC, UCLA, Chapman and Emerson College. He co-wrote the book Internet Stardom & serves on the Board of Directors of the International Academy of Web Television.
﻿www.FunLittleMovies.com
IMDB
Plus Special Shout Outs to some Monster Shrink Season 1 special helpers that we couldn't have made this webseries without!
Philip Dennison (Color Correction), Alice Clearman (P.A.), JudelMay Enriquez (P.A.), Ann Shannon (Wardrobe), Patrick Bauer, Janice Minsberg, Robin U. Russin, The Blank Theatre and Break The Glass, LLC.